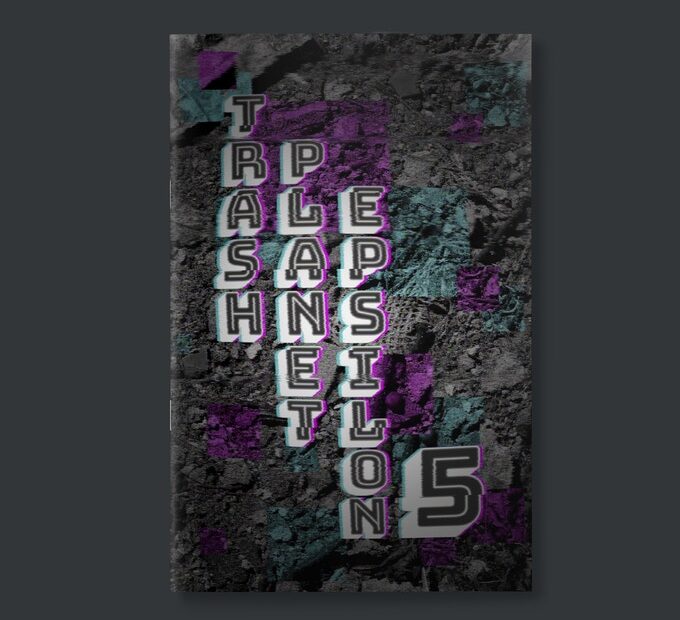 I’m absolutely blown away by the support this zine has seen. When I started putting this project together back at the start of national lockdown here in the UK, the idea of seeing it through into physical form was but a lofty dream I rolled my eyes at. I’d never thought i’d be doing a zinequest, let alone one that’s almost at 350% funded & over 200 backers! So thanks every single one of you for helping make this fantasy a reality.

Anyway – that’s enough of my soppy thank you’s! I thought i’d give you a bit of a peak into the inner workings of the zine, its inspirations and a bit more detail into what it’s aims are.

Just two pages, but i have a whole lot to say about them.

I think character creation is the most important part of any TTRPG. To start, it’s the first hurdle you have to get your players over. If this process is not smooth and clear, it can give players the wrong impression. This is especially important if it’s a player’s introduction to the hobby!

I think this is also a missed opportunity in most games. It sets the stage for the session, adventure or campaign to come. It should communicate tone, setting and motivation if possible. I stole this whole cloth from Electric Bastionland and for good reason.

So with these two points in mind, how does this spread achieve this?

First things first, it’s a single spread. No page turning, no consulting other parts of the book. It’s all here.

I toyed with the idea of making more than 9 (Packages? Classes? Concepts?) but there wasn’t a neat way to fit them in a single spread. So I didn’t, 9 is enough. This is only a short adventure intended as a one shot or campaign starter so it doesn’t need to be extensive. There are enough here for each player in your average game to have a unique one, with plenty left over for the odd dead PC.

The bit of intro fluff that this section starts with is intended for players to read, or to be read to them dramatically by the game runner. This does a lot of the heavy lifting to get the players invested. It introduces the setting, sets them a clear initial goal and provides the Facilitator with a little bit of pressure to apply, should they need to get the players moving.

Next are the actual rules themselves. I want a player to be able to pick this up with no context and make a character without asking the Facilitator anything. The steps are literally numbered, in an order that makes the most sense, and leaves the most exciting step for last.

I cut a couple fiddly rules here for clarity and for space. There is no explanation for what to do if two players get the same Tragic Past, or what to do if a player has multiple highest Stat rolls. It’s maybe incomplete, but does it matter? If two players do have the same Tragic Past, the descriptions are so open ended that they will likely be totally different in play. If you have multiple highest stats, do you just pick? Are you an amalgam of multiple? Something else? All of these feel like things I would have fun making a ruling on at the table.

Finally, there are the Tragic Past’s themselves. I’ve tried hitting as many sci-fi tropes as I can, with a little twist. I didn’t want any of these to be nice people. They are desperately rummaging around a planet made of trash, they probably arn’t in the best place in their lives. With such little space to work with, they needed to be punchy and evocative, I think some hit better than others but that might be personal preference.

You might notice a distinct absence of your “Hacker-man” archetype. I toyed with adding this, but without a slick hacking rule, and including it as part of all monsters, treasures and locations it would feel half finished. So I abandoned it fairly early. Also, like in System Shock (a key inspiration), I imagine hacking being a whole separate game set in cyberspace. Who knows, maybe that’s yet to come…

I’ll stop myself there. I could talk about this stuff forever, I’d probably fill another 36 pages with my thoughts and opinions on whats in this zine and why if Jacob let me! Did you find this interesting? Do you want more? Leave a comment and let me know!

If you simply cannot wait – I will be appearing as a guest on this week’s Humpday RPG Show over on the Thought Eater Blog & Podcast so be sure to check it out!

Anyway, thats it for now. Keep shouting and sharing wherever you can, every link is greatly appreciated.